In 2005, the academic administrators of the Université Libre de Bruxelles launched an architectural competition for new buildings to house two paramedical schools near its Erasme university hospital. The architects chosen for the task were MA2 (aka Metzger & Associés), a Brussels architectural practice specialised in new contemporary projects as well as in the renovation of listed heritage buildings.

Francis Metzger and his team imagined two buildings facing each other on a square. They are not identical in size, but the rhythm sequences of the windows, their hammered stainless-steel façades and the two ruby-red technical rooms on each of their roofs create a sort of dynamic dialogue, enhanced by the light.

10 years later, the Jean Nile Foundation - named after the creator of the Haute Ecole Ilya Prigogine - asked MA2 to implement a 300 seat-auditorium on the same site. Conceived as a tribute to a scientist and a pedagogue who was famous for his humanistic values, this project had to be a strong architectural gesture, while respecting a reasonable budget. But there was no building space in the vicinity, and the basement beneath the square was already occupied. This was thus a big challenge, for one did not want to alter a successful scenography.

There were a lot of technical constraints. All buildings on the square had to be linked under the ground. The original plans provided for a cafeteria that was never built. Which was a welcome structural reserve, but too small for the size of the projected auditorium.

Constraints often foster creativity. MA2 imagined a building like a meteoritic monolith. Outside, the auditorium is clothed in to be black enamel glass, while the interior, with a total capacity of 324 seats, is coloured in a warm, solar yellow tone. So as to respect the budget of a public building, simple materials have been used (concrete, vinyl and paint), while from the adjacent building, one can see the vegetal roof that isolates the auditorium and slows the rainwater effluxes. Thanks to a delicate underground cut, the three buildings are linked. On the square, parallelepiped shapes act like lanterns, reflecting the light around conveying it to the stories underground, including the library.

So as to achieve this very energetic architectural work, a lot of attention was given to its proportions, the delicacy of the seams and frames making it a very homogenous object. A new dialogue has been created between the stainless steel of the first two buildings and the black opaque glass of the auditorium, both shiny materials.
And the red crests on the first two buildings respond to the yellow heart visible from the outside of the third one. Both projects share the same architectural language, but with different accents.

On the whole, the already strong identity of the site is reinforced to the extent that it is now a real landmark of the city. 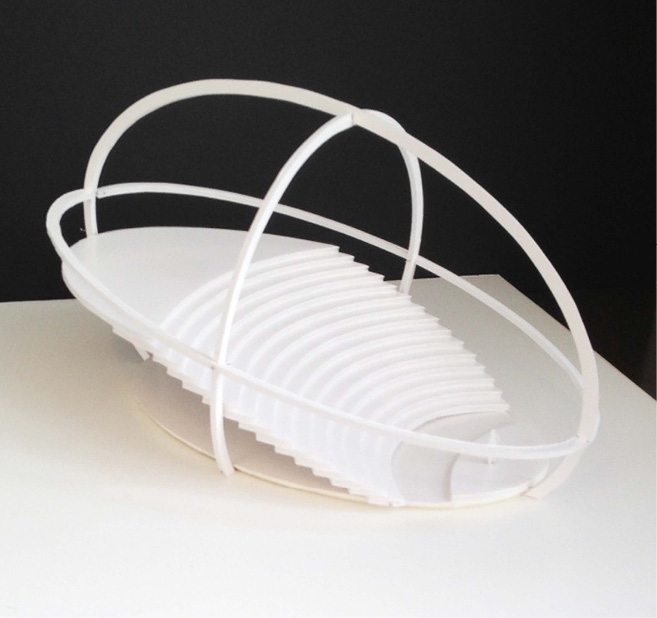 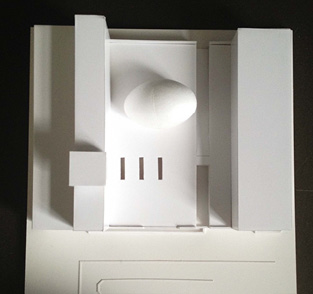 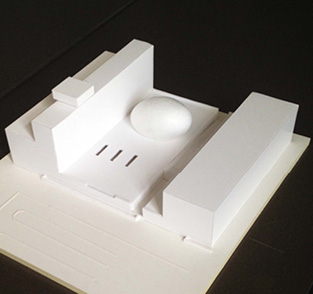