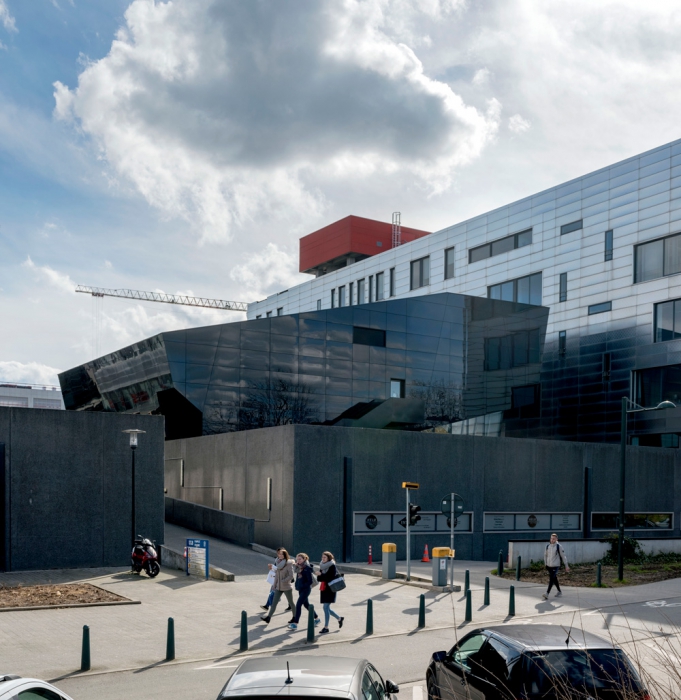 The project involves the construction of an auditorium of 324 seats at the “Campus Erasme” as an extension to the building P constructed by Ma² in 2007.

The volume of the auditorium is set down on the esplanade, carved out like a gemstone intended to distinguish and to dialogue with the orthogonal angle of the built context. This volume appears gradually climbing the access ramp to the esplanade.