Time has toiled, without tarnishing 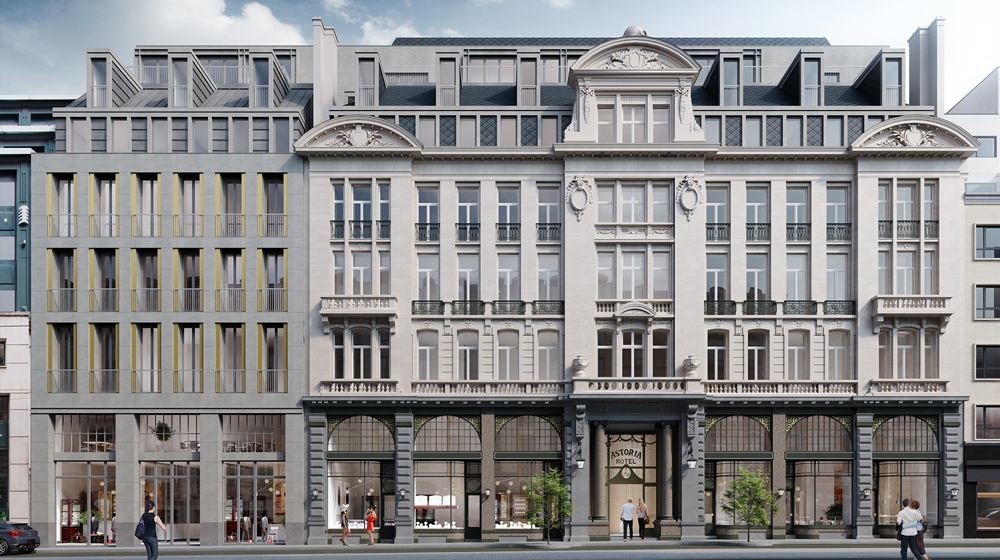 Restoration, renovation and extension of the mythical Hotel Astoria, which will soon be transformed into Corinthia Grand Hotel Astoria, a 5-star palace.

Built in 1909 by Henri van Dievoet to welcome visitors to the Universal Exhibition of 1910, the Hotel Astoria is, along with the Negresco in Nice, the Ritz in Paris or the Sacher in Vienna, one of the legendary witnesses of the early days of luxury hotels.

Throughout the century, the gold and panelling of this magnificent setting has seen many crowned heads, stars and other celebrities come and go. But like any monumental place, time wears away the walls and modernity makes what was once avant-garde obsolete.

In 2000, the façade, the roof and parts of the interior of the hotel were classified. After a change of owners and a few years of floating, the Astoria was bought at the beginning of 2016 to become part of Corinthia Hotels, which is positioned in the luxury hotel sector. The aim of this prestigious acquisition was to counter the lack of very high-class rooms in Brussels.

The new owner is considering the project in a form that favours a reduced number of rooms but larger rooms with a greater number of suites in order to be situated in a niche that is not very developed to date in Belgium, that of "charming palace" type hotels benefiting from an exceptional infrastructure and high quality rooms.

At the same time, the Corinthia group wishes to offer a wide range of activities to anyone outside the hotel, from a wellness centre and spa, through the shops that are revitalising Rue Royale, to bars and restaurants, with a focus on local craftsmen and shops.

As a general rule, hotels undergo successive renovations over time, with few deciding to close their doors for the duration of the work. In the case of the old Astoria it is not just a matter of renovation, but the aim is to bring the hotel into the 21st century.

While the hotel's 1910 royal suite was located on the first floor of the main façade, no longer does any prestigious hotel infrastructure design now envisage positioning the suites anywhere other than on the roof; this would offer more interesting perspectives on the surrounding panorama.

The Corinthia Group, which has experience in its hotels in London, St. Petersburg and Budapest with regard to the positioning of the suites, has asked MA2 to carry out a similar approach in the new Astoria. 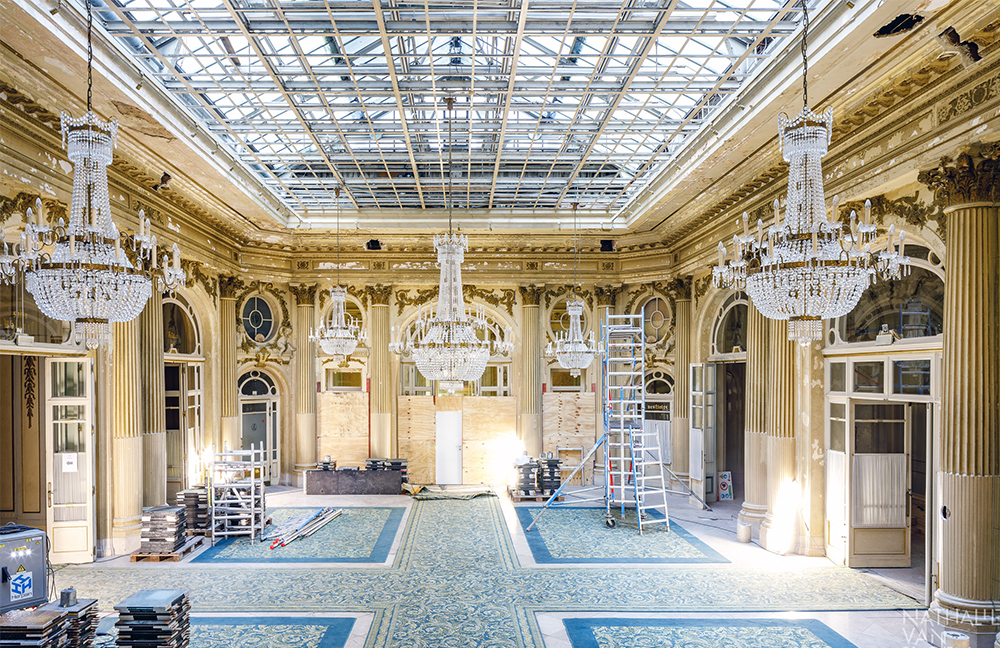 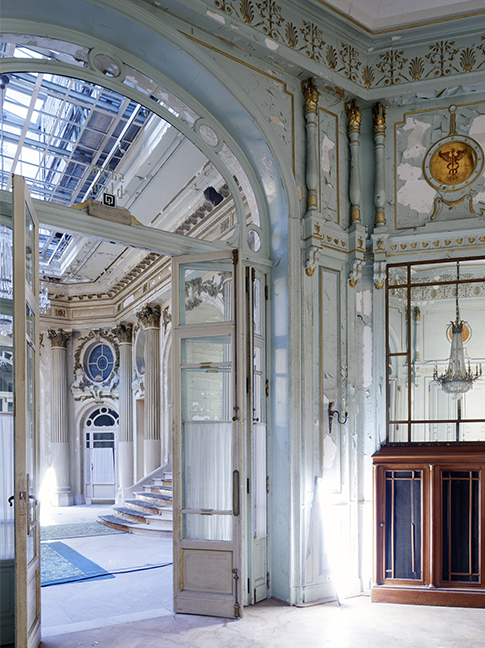 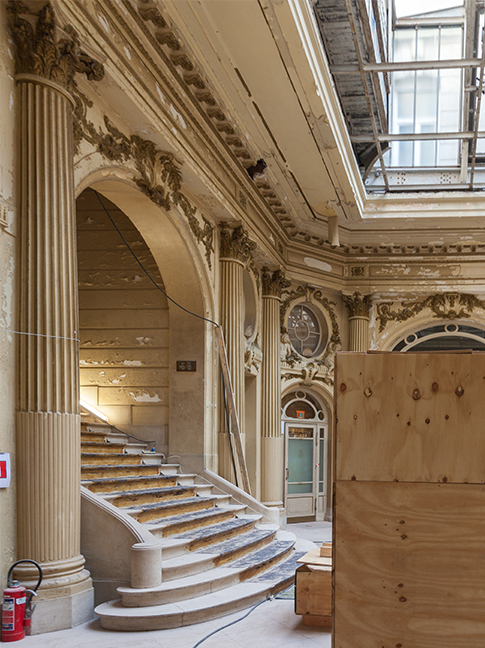 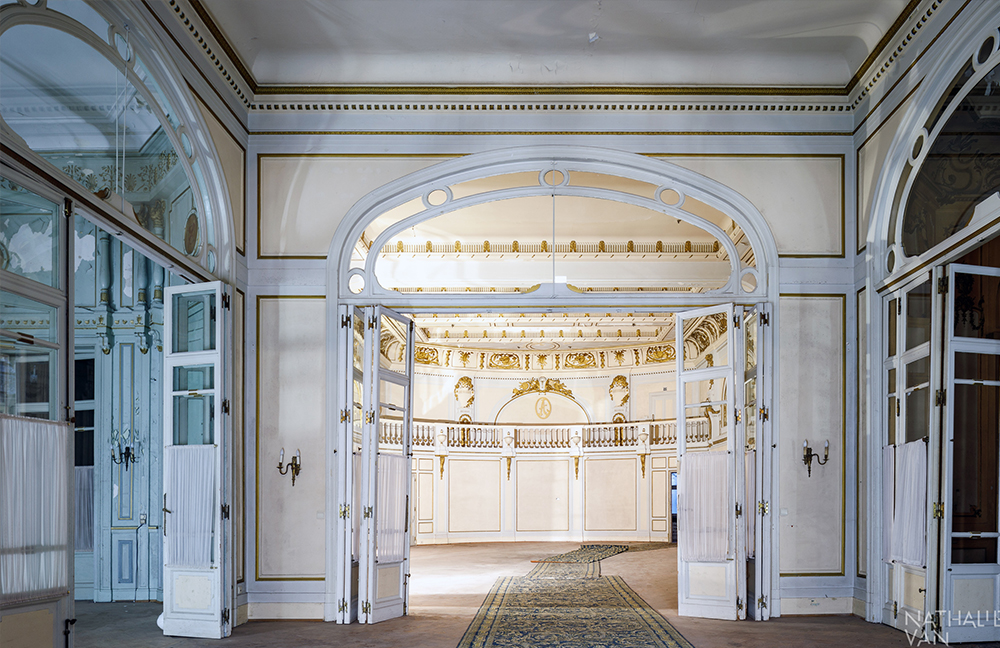 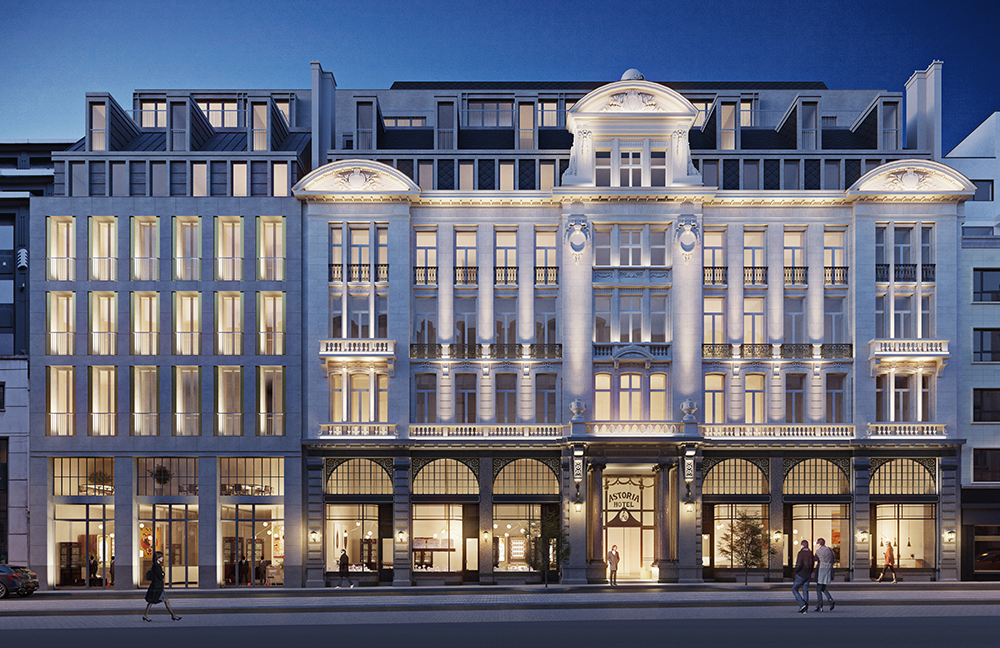 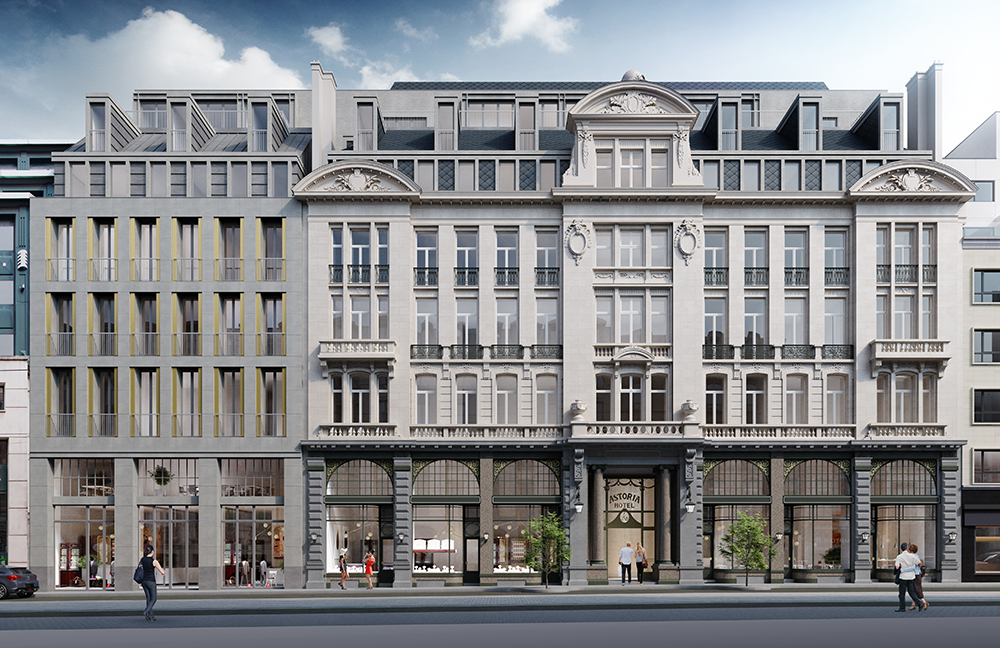 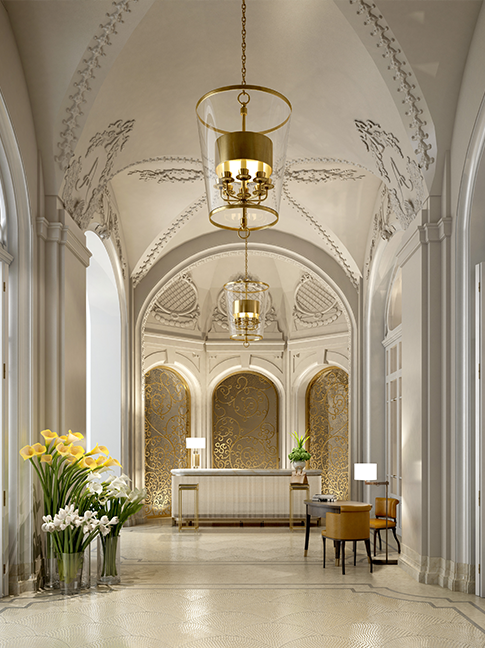 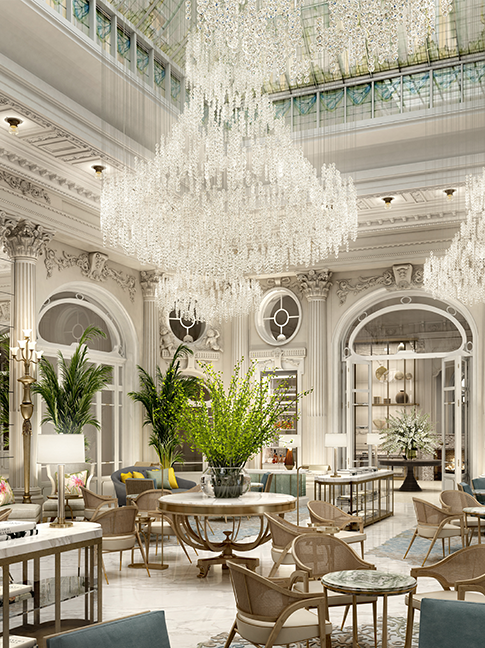 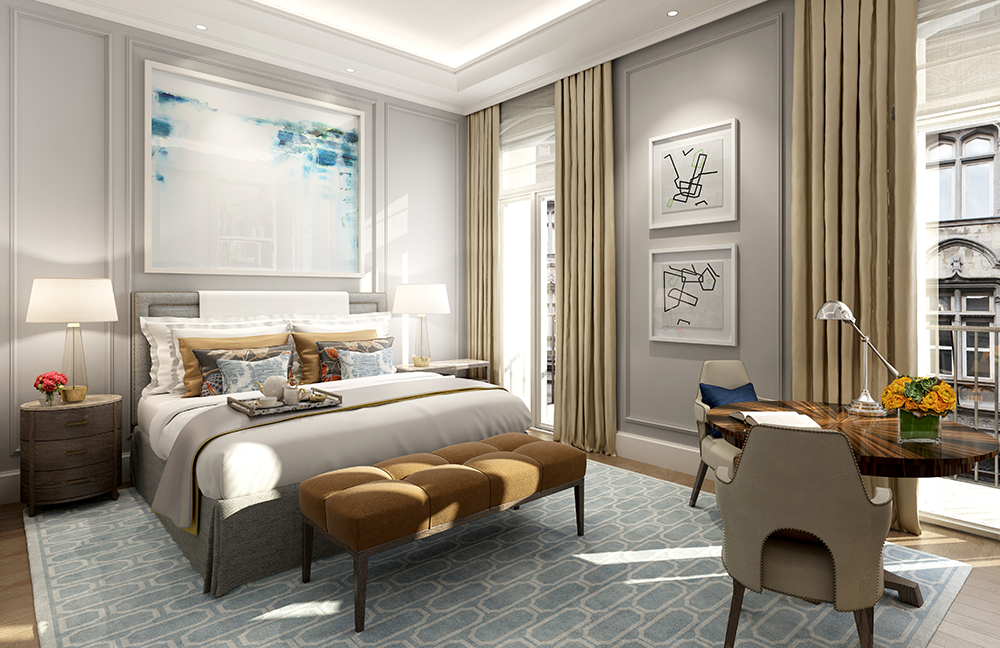 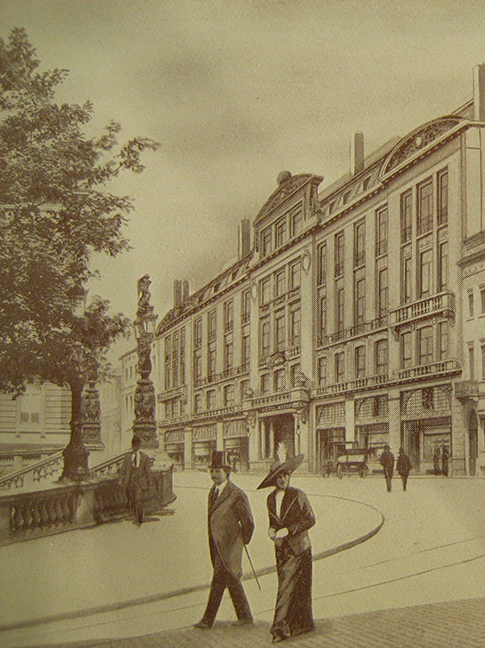 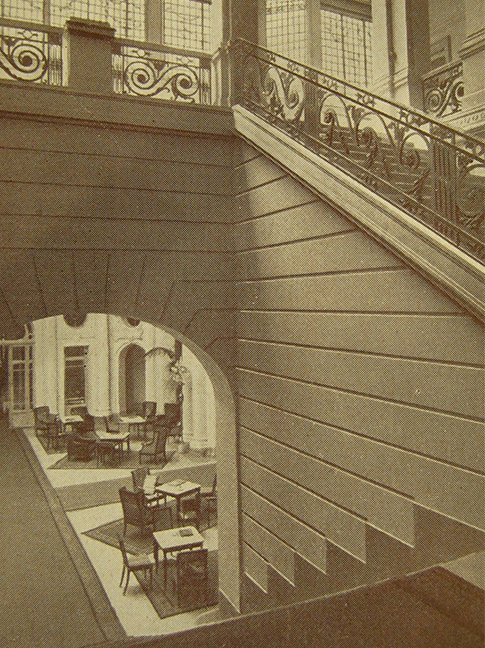 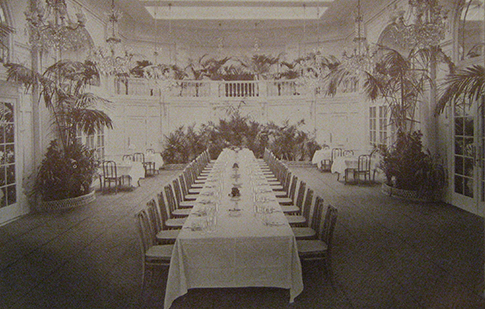 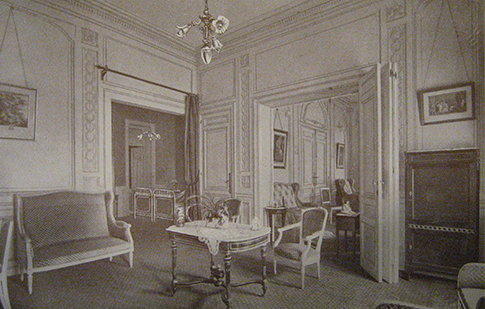 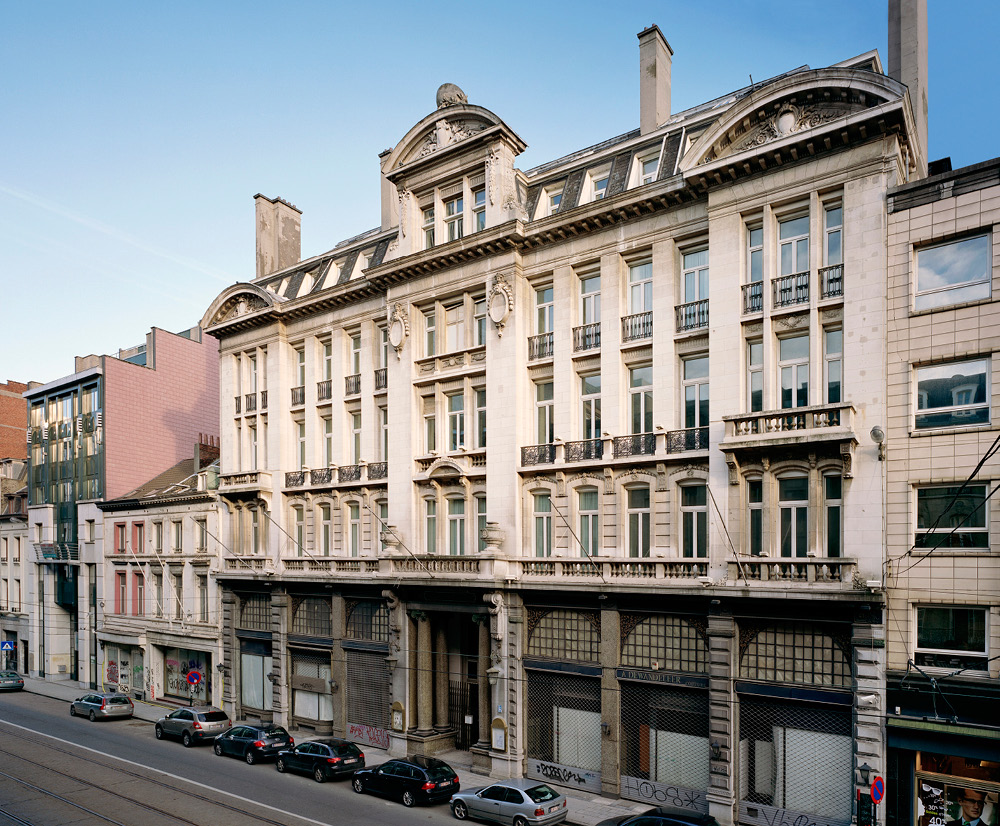 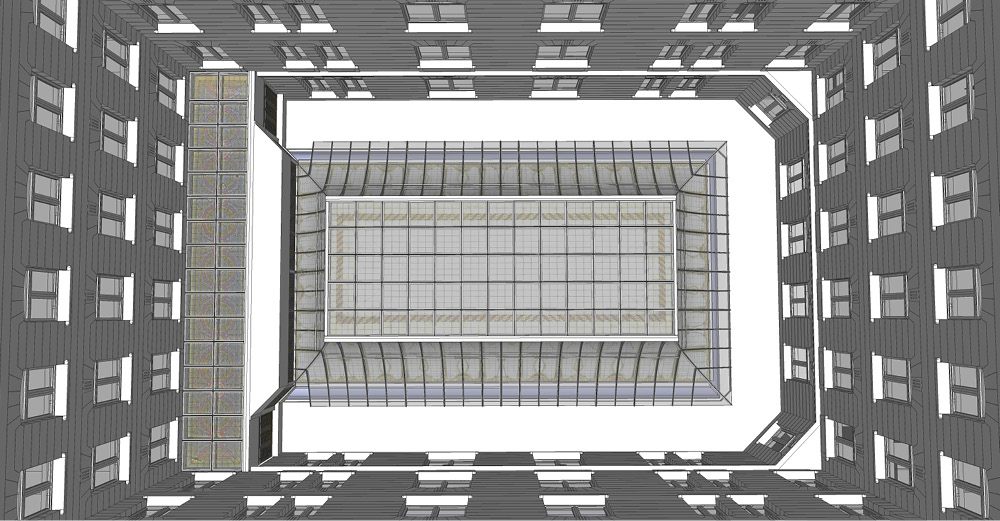 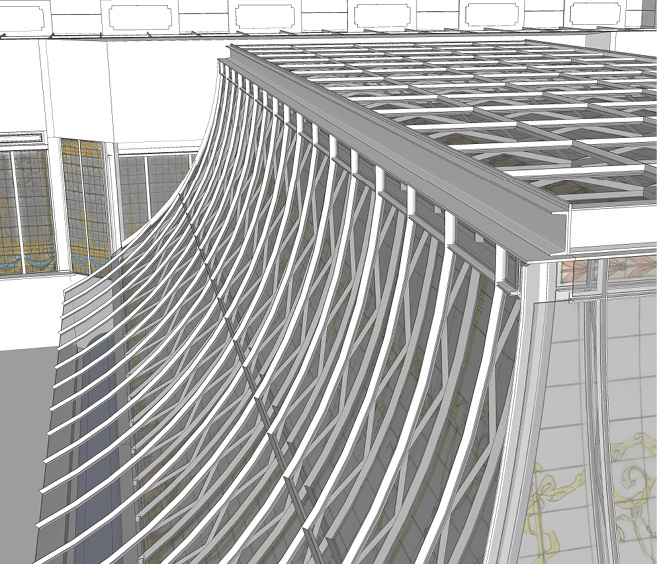 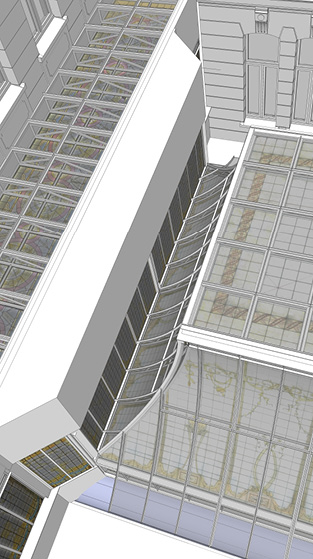